Bodybuilding is quite popular among people. Wrestling started in India in ancient times, it is also mentioned in our Puranas. Wrestling gave the country more than one wrestler. like,

etc. These are the people who started wrestling in India and the country and abroad also proved the importance of their physical strength. In India, Pahlavani started with Malla-yuddha, and then with time, it got variations.

At present, wrestling and wrestling in the country are seen in very little space or only in professional games. But bodybuilding is quite visible in this era.

Bodybuilding is a very popular game after cricket in the country. Bodybuilding requires dedication, discipline, and years of hard work.

There are one to one professional bodybuilders in India, whose body leaves sweat of good. And today we will tell you about the top bodybuilders of the country.

Everyone who has an interest in bodybuilding knows about the Indian bodybuilder Sangram Chougule. The electrical engineer based in Pune won the title of Mr. Universe in the 85 kg category at the World Bodybuilding Championship held in Bangkok and Thailand in 2012. He has also been a two-time world champion. 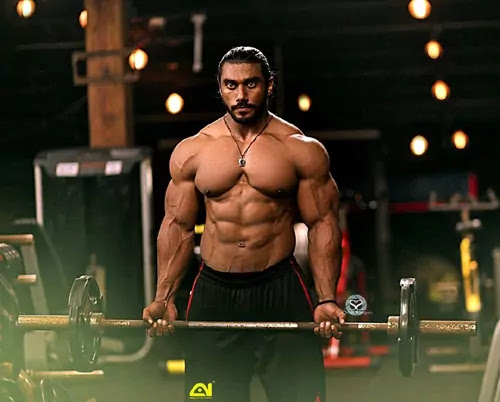 Apart from this, Chougule has won several domestic and international competitions and awards. According to media reports, Sangram’s daily diet includes 2 pounds of fish, one pound of chicken, milk, and boiled vegetables.

Sangram Chougule’s shoulder was injured in the accident. He then stopped participating in the competition.

Raised in a bodybuilder family, Suhas Khamkar is one of the most famous bodybuilders in the country. He has been 9 times Mr. India, Mr. Asia 2010, Mr. Olympia Amateur, and 7 times Mr. Maharashtra.

Suhas is also the first Indian bodybuilder to become Mr. Asia in 2010, having won a gold medal.

Yatinder Singh, who has been awarded titles like Mr. World, Mr. Asia, and Mr. India, is also very popular among the people. He has illuminated the name of the country after leaving the village. He has received many titles. like,

Thakur Anoop Singh is a professional bodybuilder as well as a famous actor and pilot. He is often seen in Kannada films and TV programs. He also played the role of Dhritarashtra in Mahabharata.

Sailor Murali Kumar in the Indian Navy never had any idea that he would one day be an Indian bodybuilding icon. He started weight lifting at the age of 25. He was a Mr. India in 2013 and 2014. 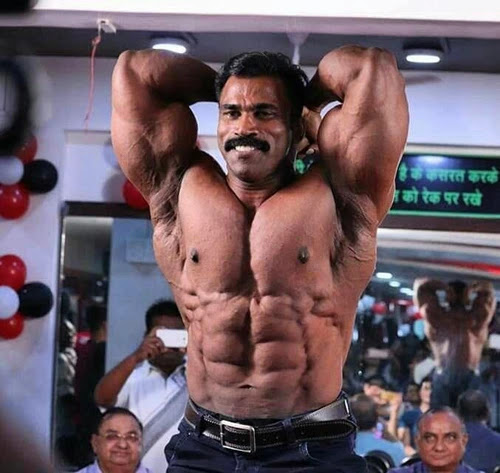 He performed at the Asian Bodybuilding Championship held in Vietnam in 2012.

Rajendran Mani stepped into bodybuilding after serving in the Indian Air Force for 15 years. Rajendran Mani, one of the most experienced bodybuilders in the country, has won both Mr. India and Champion of Champion titles.

A few years ago he won the World Bodybuilding Championship in the 90 kg category held in Budapest, Hungary.

Famous bodybuilder Varinder Singh Ghuman is also an actor. With his huge body, he won Mr. India in 2009 and finished second in Mr. Asia (2nd place in Mr. Asia).

He is a pure vegetarian bodybuilder. Soon he will be seen in Salman Khan’s Radhey Movie.

Heera Lal is also a pure vegetarian bodybuilder. He won the Mr. World Competition in the 65 kg category in 2011. He hails from Kapurthala, Punjab.

He also won the title of Mr. Universe at the 65th World Body Building Championship.